The activation lock tool link from the iCloud web page has been removed and now it’s giving 404 not found page when you try to access icloud.com/activationlock. 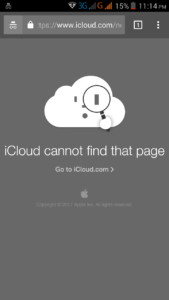 Last year, there was news about one of security researcher from India found a bug in “activation lock” tool, which helped him bypass “Activation Lock” on a locked iPad.

The security researcher found a weakness in iPad running on Apple’s 10.1 OS version, which allowed him to bypassed activation lock in locked iPad. Though Apple fixed that weakness in an iOS later updates.