I want to talk about Ukraine today, but this is extremely complicated and I just want to apologize in advance for anything that I get wrong / leave out / over-simplify. Okay? 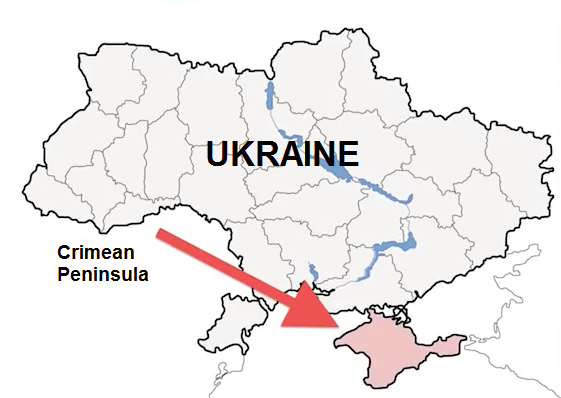 So this is Ukraine, the second largest country in Europe by area. And this is the Crimean Peninsula, which saw much of the fighting in the Crimean War that lasted from 1853 to 1856. It was sort of a ‘Catholic versus Orthodox’ thing, but the larger cause was Europe fearing that Russia’s power would expand as the Ottoman empire declined.

So Britain, France, and the kinda-still-a-thing Ottoman Empire teamed up to eventually defeat Russia and five hundred thousand people died, and it was generally pretty awful, and obviously resolved very little since Europe – just sixty years later – would go ahead and have World War I. Then towards the end of World War I, Russia had its famous communist revolution and Ukraine enjoyed a brief period of independence. Although ‘enjoyed’ may not be quite the right verb.

In fact, from 1917 to 1921 Ukraine was mired in endless wars among competing factions including Poland and the USSR and Ukrainian Nationalists, even some real live anarchists. It was all very complicated. It was also extremely violent. More than 1.5 million people died. And then finally Ukraine became part of the USSR, and things became more stable for a while, but then… Stalin. As many as 10 million Ukrainians starved to death in 1932 and 1933 thanks to Stalin’s agricultural policies, which were not just stupid but also actively evil. I mean, there was widespread starvation in a country that is now the world’s third largest exporter of grain.

Then following World War II, Stalin forcibly deported the Crimean peninsula’s entire indigenous population of ethnic Tatars to central Asia. So if you wanna point to one individual who’s responsible for a lot of this, I don’t wanna call anyone out, but STALIN. Stalin also moved many ethnic Russians into Ukraine, especially into the Crimean peninsula in the western part of the country, which is the industrial center.

Stalin’s successor, Khrushchev, decided to transfer the Crimean peninsula from Russia to Ukraine in 1954. Why? Well, Khrushchev had lots of ties to Ukraine, but also the Crimean peninsula is not actually physically attached to Russia. As you can see in the photo, it is physically attached to Ukraine and it gets all of its electricity and water from Ukraine, and it’s easier to administer places you are physically connected to. Which is why Alaska should be part of Canada, but that is a different story.

Okay, so quick contemporary demographic snapshot: today, about 67% of people living in Ukraine speak Ukrainian as their first language. About 30% speak Russian, although only about 17% of the population identify as ethnically Russian. Many Tatars have returned to Crimea since the breakup of the Soviet Union, but today they only make up about 12% of the population.

Flash forward to December of 1991 after the Soviet Union has broken up: Ukraine has had a nationwide referendum and 90% of people, including a majority of those living in the Crimean peninsula, voted for independence from Russia. But Ukraine remained much more closely aligned with Russia than many other former Soviet Republics did like, for instance, Estonia, which is now part of the European Union. In 2004 there was an election and there were widespread reports of vote-rigging, but the Russian-friendly Viktor Yanukovych was elected. The opposition leader, Viktor Yushchenko, lead massive street protests in Kiev that came to be known as the Orange Revolution. That opposition leader, Yushchenko, was

Anyway, the Orange Revolution protests led to a second election, and the poisoned opposition leader, Yushchenko, won, and yay, everything would be made of puppies and freedom and rainbows and friendliness toward Europe forever, except NO. For one thing, a lot of people in Ukraine, especially in the western part, want to be more closely allied with Russia, and also (despite being an economist) Yushchenko wasn’t very good at running the Ukrainian economy. Also, Yushchenko couldn’t push through austerity measures needed to deal with Ukraine’s rising debt, and his friendliness towards Europe infuriated Russia, which cut off gas supplies briefly (but disastrously) to Ukraine in 2006. 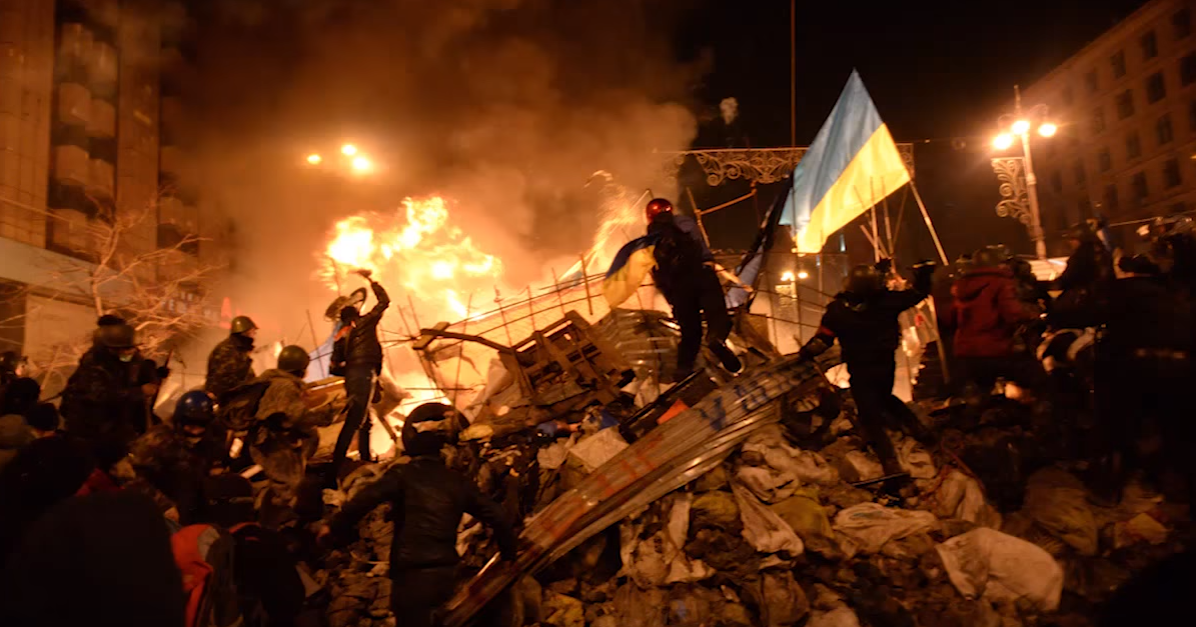 By 2010, Ukraine was being led by the Europe friendly, and somewhat corrupt, Yulia Tymoshenko and then there were elections. And the presidential election, declared free and fair by international observers, was won by the aforementioned, Russian-friendly, Viktor Yanukovych. In November 2013, Yanukovych announced that Ukraine would abandon an agreement to strengthen ties with the EU and would instead become a closer ally of Russia. That is when the protests began in Kiev’s Independence Square. Those protests grew and grew until February 20th when dozens of protesters were killed by military and police and the next day Yanukovych disappeared from Kiev. The protesters had won. They installed a new temporary government to prepare for new elections… and then the Putin regime marched into the Crimean Peninsula, ostensibly to protect ethnic Russians there and Russian military installations, but this violation of Ukraine’s territorial integrity is known in diplomatic circles as, like, “a big ‘effing deal.” Crimea is already an autonomous province with its own government, so what does it want? Does it want independence? That would be hard, all of their electricity and water has to come through Ukraine. Does it want to be part of Russia again? That would be impossible, without Ukrainian co-operation, which right now seems inconceivable, so that’s where we are right now.

So here’s one narrative of these events: an unpopular and ineffective, but democratically elected politician was removed from power by a mob of protesters, and the new, unelected parliament

briefly passed a law saying that only Ukrainian can be the official language of the country, even though many people in the country speak Russian. Furthermore, this new government wants to become part of the EU which might bring NATO missiles to Russia’s border and that is unacceptable to Russia. I mean, I’m American. We’ve had some very infective and unpopular leaders, and what we’ve done is just waited for them not to be president anymore. But here’s another narrative: a tyrannical leader who ordered the murder of peaceful protesters was chased from power and replaced by a government that will transition Ukraine toward free and fair elections and Russia responded to that by invading Ukraine.

I’m not trying to make a false equivalence here, but I think it’s really important to understand both of these narratives. I wanted to give a little more historical context than we’ve been seeing on the news because it helps us to understand that the pull between Western Europe and Russia in Ukraine is not new. I mean, the word “Ukraine” itself means “borderland”. It has for centuries functioned as the border between West and East. What Ukraine needs is stability… decades of stability, so it can grow to have its own identity to have relationships with both Europe and Russia without being controlled by either. Right now that dream seems really far away but 60 years ago Japan was in ruins. 25 years ago Germany was divided into two countries. 12 years ago Sierra Leone was mired in a horrific and seemingly endless civil war but today it’s the second fastest growing economy in the world.

The arc of history is long let’s hope that it bends towards peace.