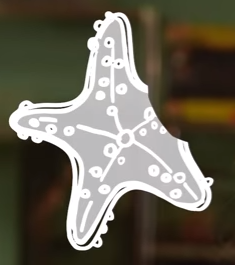 Sea stars can replace severed arms. Flatworms can regenerate over half their bodies. When a predator grabs a lizard’s tail, they can break it off and regrow it later. It would be really awesome if we could regrow limbs just like lizards do, but we can’t. The closest we can get is kind of, sort of regenerating our livers.

They’re pluripotent, meaning that they can become any sort of cell our body might need and help grow everything from our stomach lining to our muscles to our skin. But as adults, our stem cells lose the superpower. Adult stem cells can’t become just any sort of cell.

called a regeneration blastema. The pluripotent stem cells will differentiate into skin cells, muscle cells, or bone cells– any type of cell the lizard might need to regenerate a tail.

Why can’t humans regrow an arm? Scientists think it’s an evolutionary trade-off. Those lizards have small bodies and would take one of them a couple weeks to regrow the tail. But it would take a lot more time and energy for one of us to regrow a whole arm, plus the added energy it takes to keep the pluripotent stem cells in reserve. So instead of wasting all that time and energy, we just grow some scar tissue over the wound and learn to live without an arm.

Our livers are a little bit different, however. The liver is our biggest internal organ. And it helps with digestion, stores

nutrients and immune signals, and filters waste from our blood. If your liver shut down completely, we would die in a couple days. So we’ve evolved to protect against that. Turns out that even if you lost 75% of your liver, the remaining liver cells could grow and divide and reform a mass of liver tissue.

The sort of regrown liver isn’t coming from stem cells, though. So the structure won’t be quite the same as the original. So this isn’t true regeneration like with a lizard’s tail. But the liver will function well enough to keep you alive. But what if your liver fails so badly that your body can’t fix it? Couldn’t you just cut off a piece of, say, your sister’s healthy liver, grow a new one in this tissue culture lab, and then transplant it into you? The problem is that liver cells don’t survive long enough outside the body to grow into enough tissue to transplant.

Scientists at MIT’s Lab for Multiscale Regenerative Technologies are trying to solve this problem. How can we mimic the human body’s environment in the lab to allow liver cells to grow into fully functional livers? And livers are just the beginning.

For example, other organ cells, like the ones in your heart and brain, don’t divide like liver cells. Researchers are finding ways to trick them and stem cells to someday regenerate those organs and other body parts, too. So for now, our reptile friends have one-upped us.

But we’re catching up. Watch out, little buddies.