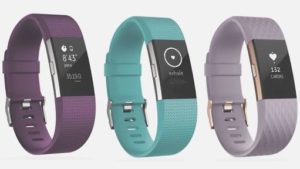 Fitbit Setup – A Complete Guide on How to Setup Fitbit?

You have got your new Fitbit tracker and now it’s time to setup your brand new Fitbit charge device with your Windows PC, Mac, iPhone or Android phone. Let me walk you step by step Fitbit setup.

Setting up your Fitbit charge is very easy, here is how? The Fitbit App is compatible with more than 400 mobile phone. Here is the link where you can check your phone is compatible or not. Now let’s start setting Fitbit to phone.

If it’s too confusing guide, here is a handy video guide which will tell you how to setup Fitbit on Mobile.

If you don’t have or not want to setup Fitbit tracker on your phone insisted you want to connect it to your windows 10 PC, then below is a simple guide which will walkthrough you on setting up Fitbit Charge on your PC.

If you think the guide was not clear enough, you may check below video on Fitbit windows 10 setup.

Fitbit set up on Mac is some tricky, but not too much complicated. To set up Fitbit tracker on your Mac computer, simply follow the below instructions.

• Firstly, You need to download Fitbit App file for Mac from official Fitbit website, you may go there via this link.

• Now down the page on the official website, hit on “download” & select Mac as the operating system.

• In the “install Fitbit connect” window, hit on continue.

• You will get message “ set up a new Fitbit device”. Choose this option.

• Follow all the on-screen instruction, which will guide you through Fitbit account creation and connect your Fitbit tracker.

• If your Mac computer has a Bluetooth setup will continue, if it does not have Bluetooth, you need to plug the wireless sync dongle into port.

That’s all we know if you are unable to set up Fitbit or getting stuck on somewhere, we are ready to assist you, simply use comments box & we will get in touch you.