The Ultimate Guide to Chia Seeds and Chia Tea

What is Chia Tea? 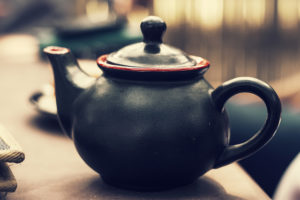 Chia tea is a drink which is made using chia seeds. The main ingredient is the chia seed – a plant which is a part of the mint family. Chia plants can grow almost six feet tall, and are purple and white in color. In Mexico and some southern part of the United States, chia plants are grown every year in abundance in order to provide chia seeds. While Europeans aren’t too keen on chia seeds (yet!), South Americans are avid consumers of the seed, and Iranians use it to make cold drinks.

Chia seeds are very small and are either black or white. You may sometimes find brown chia seeds, but these shouldn’t be eaten as they are not ready yet. There is no difference between the black and white seeds, however, and you can eat both these.

Where Did Chia Tea Come From?

Historians believe that the chia plant was first discovered and used in the year 3500 BC. The Aztecs and Mayans were the first people to start using it, along with coffee beans and several other plants. It became an essential part of their diet. Not only did they use it for food and drink, but it was also used in medicines and crushed in order to create oil. It was even offered as a sacrifice during some religious ceremonies.

Mexicans began to grow chia more widely between 1500 BC and 900 BC, although it had been around in Mexico for at least a thousand years prior to this period. When Spanish conquerors took over most of South America in the 16th century, many of the old traditions were lost. This included most of the medicines and herbal remedies which had been created using chia seeds, as well as their religious traditions.

How Did Chia Survive Through the Years?

Between 1500 and 1990, only certain areas of Mexico were growing chia plants. In the 1990s, scientists and nutritionists came together in Argentina to try to discover herbs and plants which existed during the Aztec Empire. It was only then that they found the chia plant and were able to cultivate it in more areas of South America. Peru and Bolivia are also large producers of the plant, and The Chia Company in Australia is one of the largest commercial providers of chia seeds.

Why is Chia Beneficial to Your Diet?

One of the best ways to incorporate chia seeds into your diet is by drinking chia tea. Several studies have been carried out in order to discover whether or not chia is truly beneficial to the health and wellbeing of humans. Chia seeds are 100% natural and are full of goodness, which explains why they were used as natural cures and medicines thousands of years ago.

Chia seeds are full of nutrients, including fiber and Omega 3, but are extremely low in calories and fat. This makes them a great source of goodness for people trying to lose weight or eat a controlled amount of calories.

For such tiny seeds, chia is full of antioxidants – one of the main reasons why people around the world like to eat them. Antioxidants help to fight against free radicals in the body, which prevents cell damage and cancers.

Few foods in the world have as much fiber as chia seeds do, helping the body to feel fuller for longer. This often helps people to stop snacking and prevents the body from believing it is still hungry.

Although Omega 3 fatty acids are found in chia seeds, they don’t include DHA fats which your body needs. This means that chia tea isn’t a complete substitute for oily fish or fish oil capsules. You should still ensure that you get sources of DHA fatty acids, but chia will provide you with ALA and EPA fats.

Diets including chia seeds have been proven to lower cholesterol and reduce the risk of heart disease and other cardiovascular problems. Studies have concluded that in order for chia seeds to fulfil their potential in terms of benefits for the body, they should be consumed along with other beneficial herbs and nutrients.

How to Include Chia in Your Diet

If you don’t like the idea of drinking chia tea, there are many other ways to include chia seeds in your daily diet. Since the seeds are so small, you can easily sprinkle them on the top of your morning cereal, a pot of yogurt or even a dish of meat and mixed vegetables in the evening. Add them to your fruit, porridge or even throw them in as an ingredient for your favorite dessert.

How to Make Chia Tea

If you like the idea of a warm drink that’s packed with nutritional goodness, here is an easy recipe to make your very own cup of chia tea.

Boil the water and make your cup of tea as you normally would. Don’t add any milk or you won’t be able to see the chia seeds when they are added.

Add a tablespoon of chia seeds to your drink. They should rise to the top of the water at first, but wait a little while and give your tea a stir, and they will slowly fall to the bottom of your cup.

At this point, you will need to wait for around 2-3 minutes. This time will allow the chia seeds to open up and release all the goodness which you want in your drink.

Sit back and enjoy your healthy drink! You can swallow the seeds for maximum nutritional goodness, or leave them at the bottom of your cup.