I’m going to test them out on some of the main sort of things you look for in a CrossFit shoe, or at least what I think. Going to do a WOD (workout of the day), handstand push-ups, rope climbs, some weightlifting, some strength training, some running.

Should be enough to give these shoes a run for their money.
So I actually did a workout in them, and this workout was interesting because I had done the same exact workout a couple weeks ago in the Nike Metcons. It’s a 9-minute AMRAP (as many reps as possible) that has power snatches and box jumps. I did it in the Metcon and I’ve done about 4 ½ rounds before, did it today and I did 5 rounds.

I can’t say that it was solely because of Nanos, but they definitely were comfortable. The Nanos felt really good doing power snatches. And they were really comfortable doing the box jumps. Sometimes with the Metcons when I land, I jump off the box and I feel the shock. With the Nanos it definitely felt a lot more comfortable. Made it through the whole workout. 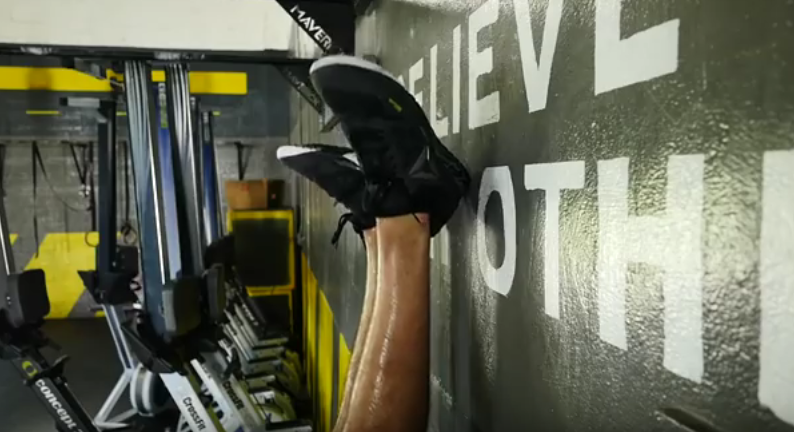 My feet were like the least of my problems, it was exhaustion. Alright, handstands. Just did some handstand push-ups as a test. The Nano 6.0 totally felt smooth. I actually watched the footage back and saw my heel was, um, sort of sticking, and I didn’t even feel it.

Handstand push-ups – thumbs up. Rope climbs. I’ll be honest, I didn’t really feel much difference. I feel like with rope climbs if you have a good foot lock technique, you can kind of do any shoe. I mean, I was able to lock my foot in, stand up, and kind of just stand around there, but I didn’t really feel much difference in any other shoes, but uh, it wasn’t bad. I’ll just say it wasn’t bad.

So rope climbs, shoes felt pretty good. I am surprised how good these actually feel running. Definitely better than the Nano 4s I had, better than the Metcons. I tried two different styles of running because I’ve been working on my running technique, so I tried heel striking, kind of the style we all, a lot of us do.

They actually felt really comfortable. Shouldn’t feel comfortable. And then I tried forefoot striking, which felt, uh, a 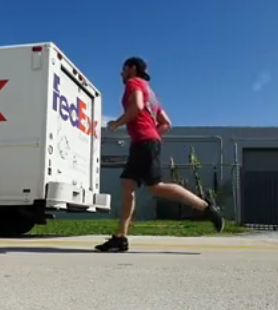 little bit off, but that could just be my running style that I’m still working on. They’re not running shoes, none of these shoes are running shoes, but out of all the CrossFit shoes that I’ve tried, which isn’t that many, these felt the best at running.

I asked Coach Jeff, “What’s your opinion of the Nano 6 as a Nano aficionado?”

“I think they’re pretty amazing to be quite honest with you. They feel good man, they feel like the 2s or 3s, and I wasn’t a big fan of the 4s or 5s. That was about the limit. That was 235, no that was 225. 225 was like iffy, 195 felt surprisingly good for not wearing lifters and wearing the Nanos. As far as strength training goes, if you’re doing lighter weights, uh, pretty good. If you’re doing heavier sets you’ll want lifters.”

“Alright, what were your final impressions? You squatted in the shoe, right?”

Yes, I initially didn’t think the squat was that good, but I’m changing my tune a little bit.

Uh, about 85%, so it felt pretty good. Yeah, obviously lifters a little bit better, but these feel pretty good. Once I got past 200 pounds I thought lifters would feel good, but I’m surprised how good it felt at 195. Yeah, and everything else feels pretty good, some power cleans.

How are the power cleans? 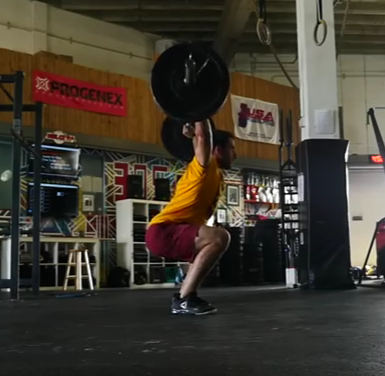 Actually it’s about 50% of my max. Yeah, I did power cleans, maybe about 75% of mine and I didn’t feel, it felt good. It was surprisingly good for not being lifters. The most surprising moments were running. It feels really good. Yeah, I was surprised about the running.

Hope you find this review useful, we’ve only had them a day or two so there’s only so much we can really run them through and test it out. Overall they felt really good If you don’t have any CrossFit shoes, these were awesome really solid shoes. If you have the 4 or 5 these are definitely an improvement.

If you have older shoes you should probably upgrade because your shoes are probably really old. If you have the Nike Metcons, walking around day to day, I find the Metcons more comfortable. I have a standing desk at work, my other job, and the Metcons are more solid for just standing around. They’re really comfortable. These aren’t standing shoes so I don’t hold it against the Nano for that.

They both have their pros and cons. So, I’d definitely give them a try out. They’re a lot better at some things and then some other things I find the Nanos a little better, more solid on, slightly heavier lifting. Overall the Nanos are really impressive. Really impressive running, felt pretty solid with weightlifting, really good on jumping, box jumps, very smooth on handstand push-ups. So overall a really solid shoe.

Do you own a pair of Reebok Nanos? We’d love your opinion in the comments below.